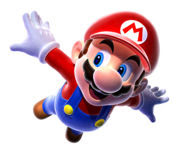 When I first started Super Mario Galaxy with my kids, it was mostly a selfish experience. I wanted to play it, and I knew it was something "safe" to play in front of them. It was the perfect "during the day" game (and to be honest, everything else I've wanted to play lately has been M-rated; Assassin's Creed, Mass Effect, etc.) For the first hour or so, they complained that it was "boring" and didn't want any part of it. I'm not sure what it was that changed this, but everything flipped during this holiday - they're now completely transfixed by it, and it's one of the few games that they demand to sit and watch, rather than sit and play. 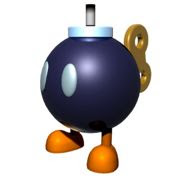 It's also changed the way they're playing with their toys, too. Action figures are often seen running up vertical surfaces now, and underneath things...just like Mario as he zips around those floating 3D objects. While playing with some toy animals recently, my oldest grabbed a toy drum and pretended it was one of the giant, rolling obstacles from the game which the animals would have to avoid. His brother then ran to find some bouncy balls, so we could "throw them and stop the bad guys" just like the bob-ombs in Galaxy. While at a pizza place recently, my youngest had a toy climb up my body before triumphantly declaring that he "got the star!" when he reached my head.

The healthiness of this is surely open to interpretation, and I'm sure some reading this would be a little concerned (taking things out of context seems to be a popular pastime of anyone with an ax to grind when it comes to videogames and child development) but what I'm enjoying about it is the way it has kickstarted their imaginations. They were already creative kids, but they're exploring concepts with their "regular" play now that they never would have previously. They're not demanding to play the game more, they're simply exploring new possibilities because the game has introduced entirely new concepts into their play patterns. They're no longer thinking of play surfaces in two dimensions, and they're starting to get a grip on the concept of "gravity" even though they don't know this yet.
Posted by Unknown at 5:35 PM

That's wicked John. I love to see a revolutionary game changing the way people think about the world around them, not just the in game world.

I often (after playing a solid 200 hours of Oblivion) look at surfaces in life and think, "Wow, this specular highlighting looks great!"

A blog I frequent recently posted a Mario Galaxy feature.

Check it out if you ever have the time.

Cheers John, I like your blog, and you'll hear from me in the future.

This is a great example of the positive side of gaming, i.e. the way games can nurture creativity.

It's unfortunate that many people judge gaming in one broad stroke. I often wonder if the anti-gaming community have really deconstructed gaming to explore all of its pluses and minuses, or if they stubbornly focus only on the negative elements.

Anyway, I know what you mean about the "during the day" games. Like you, most of the games I play right now, e.g. BioShock, Mass Effect, are 'after everyone's gone to bed' kind of games.

However, I'm still getting a lot of daytime use out of Wii Sports.

I remember when I was a little kid I would play double dragon with my lego. And my mother said, "I liked it when the lego men gave each other gifts. Why does that man have a sword in his tummy?" Although I'm not promoting violence for children obviously. But it really got me playing in a creative way.