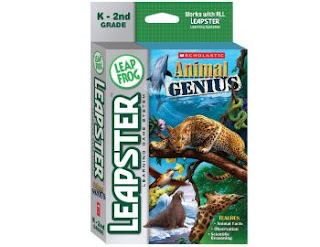 - are starting to understand the concept of gravity, thanks to Super Mario Galaxy on Wii

- know that a polar bear is the largest kind of bear, thanks to Animal Genius on the Leapster

- can point to various cities on a map, because of Madden NFL 08 on Wii

- understand that when you shake a soda can, it sprays out pretty fierce, thanks to Mario Party 8

- have been throwing a football around in the garden (or a plush football in the living room) every day, because of Madden NFL 08 on the Wii

- are extremely interested in Tennis, because of Wii Sports

- can make a basket, playing with the toy hoop in the garden, after playing NBA Live 08 on the Wii

- want to go bowling, because of Wii Sports

- are better at hitting a softball with a bat, because of Wii Sports

- have unbelievable spatial reasoning skills, thanks to the Cars game on the Mac

- understand what a planet is, and what a galaxy is (well, kinda) because of Super Mario Galaxy

- use the word "predator" correctly, because of Animal Genius on the Leapster 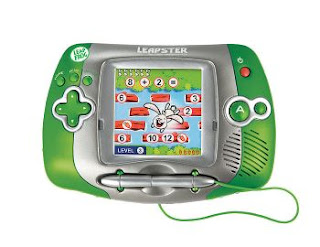 - knew their alphabets when they turned 2, because of a whole bunch of Leapster games

- can count well beyond 10, or 20, or 100 - and understand how numbers beyond that work, because of educational games, and "fun" games

- can work out the ways a football team got the number of points it did (touchdowns, and extra points) because of Madden NFL 08 on Wii

- know they don't really like a lot of modern punk and emo, because of Burnout Revenge on 360

- understand the difference between fantasy and reality, because their mother and I talk to them about it

That's amazing! That's far better than anything achieved from classical music. I wonder if in the future doctors will say, "You really should have your child playing videogames on a daily basis."

What would you say is the appropriate age for a Leapster, John? I've debated picking one up for my own children, but they (for the most part) have trended away from electronic methods of entertainment (my oldest plays with trains and blocks, while the next one prefers books).

Both my guys got into it when they were about 2, it's as they approach 3 that they really get to grips with it. Jack's 3 in March, and has just recently really started to take to it. As with many things, the age recommendations from Leapfrog are just guidance. Some of the Pre-K stuff is extremely simple, and if your kids take to it - they'll be fine with the K level stuff with no problems.