Requiem for a Tower 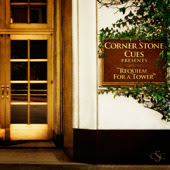 For years now, I've wondered if there was a recording available of the music that was used in the old Lord of the Rings movie trailers. I knew it was based on a piece produced by Clint Mansell (ex PWEI frontman, for those that care about such things) for Requiem for a Dream...but it wasn't that piece. It also clearly wasn't Paul Oakenfold's sadly limp-sounding "Zoo York" from Bunkka - although it was certainly related. Finally though, I tracked it down. A year after everyone else apparently did, but I don't care, because I'm thrilled to have finally found "Requiem for a Tower" by Corner Stone Cues. It's available on iTunes here and there are three "movements" based on the requiem used. If you download the album (or just the three movements) you can splice the tracks together into a full, hair-tingling piece in the following way:

Create a playlist with the movements in the following order (they're all less than a minute each, so they need a little work) 2, 4, 3, 2, 4. Then highlight all the tracks, grab the "info" for them, and create a "gapless album." To make them play nice on your computer, you can set the crossfade up to handle it for you. On your iPod, you're going to have some brief pauses - so you may want to play around with the tweak the stop times of each track. There are a ton of suggestions in the iTunes comments, but as far as I can tell, most of them feel like they're off-beat slightly.
Posted by Unknown at 12:19 PM