With GTA IV hitting stores later this month, it's safe to say we're entering insanity season when it comes to press coverage of the game. While the enthusiast press prints or posts every tiny scrap of information it can possibly find on the thing, the mainstream press is no doubt psyching itself up for a fresh batch of ignorant, badly-researched sensationalism with which to scare the misinformed. To try and counter that, we put together the first piece of coverage we'll be doing on the game this week, and posted it this morning; Grand Theft Auto IV: 11 Things Parents Should Know.

We'll be expanding on this over the weeks ahead, and trying to bring some sensible level-headedness to the whole conversation. There'll be no escaping from the "prostitutes game" shenanigans, or the (inevitable) "blow job" commentary, or the "glorified violence" editorials, but hopefully we can all work together to put this stuff into perspective. GTA IV is aimed at adults, not kids. It has an M-rating, and its content is no more objectionable than anything you'll see on cable channels like Showtime or HBO, or at an R-rated movie. The whole "games are for kids" argument is just old, tired, and bullshit. Anyone with half a brain knows that if kids want to get their hands on something, there's a pretty good chance they'll work out a way. That shouldn't preclude games from targeting an adult audience, and its shouldn't necessitate foolish crusaders demanding that titles be banned. If kids want to see the bloody and sexy version of Dexter, they need only download it from iTunes. If they want to see the nasty shit that's in Saw, or Hostel, they can stroll into Target and pick it up pretty much unchallenged. GTA IV will be harder for kids to buy than equivalent other media...and the sensationalism just feeds their desire to play it further. What's important is that parents know what the game has in it, and can head anything objectionable off at the pass.

Personally, I can't wait. Because, despite evidence to the contrary, I'm an adult. The Grand Theft Auto franchise has been one of my absolute favorites since the days of the original 2D game. At the Official PlayStation Magazine, we were the only U.S. publication to put Grand Theft Auto III on the cover when it was released in 2001. San Andreas is still one of my favorite games of all time (even though I had to squeeze the entire game into a single weekend due to a print deadline.) I love the sarcasm, the wit, and the unflinching and uncompromising approach to game design for a mature audience. I'll be playing GTA IV (on 360) as soon as it comes out, and I won't let my kids anywhere near it. I'll be playing at night, when everyone's gone to bed, and playing for as long as I can stay awake until I've beaten it. 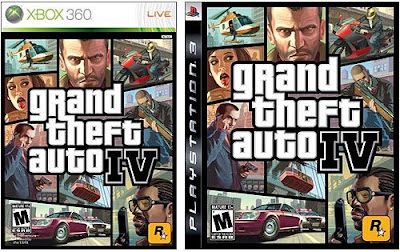 I agree that parents need to be aware of what is contained within the game. Here's a good overview that I found on how to play grand theft auto iv. It beats reading about it...you can actually see it.