Every now and then, I notice something about American pop culture and attitudes towards it that makes me feel more alien than usual. Despite being in the States for 10 years now, I'm still astounded by attitudes to certain types of content; none more so than sex and violence.

With Grand Theft Auto IV just three weeks away now, the game is an important part of what we're doing on What They Play. We're polling parents and kids about attitudes towards the game, and doing what we can to educate our audience about the game. As part of this we've been doing a lot of outreach into other communities; the obvious "gamer" and "geek" stuff like Digg, Reddit, StumbleUpon, etc., but (probably more importantly) the "mommy" communities and blogs too. As part of this, our valiant "street team" (ludicrous marketing term) posted a poll on CafeMom that replicates the one we have running on the site right now: "Would you let your under-17 year old play Grand Theft Auto IV?" with answer options: "Yes," "No Way," or "Maybe, after I have learned more about the game."

So far, the responses are 62% "yes" and 37% "no way" and a (very surprising) big fat zero on the "Maybe, after I have learned more." American moms, I'm sad to learn, are either prematurely judgmental, or unwilling to do some research. Ouch. That screws our whole business plan, huh?

More shocking (to me, anyway, to get back to my original point) was the first comment that was posted on the page. "We are really laid back when it comes to video games because my husband is a huge gamer," says the commenter. "We let our 5 year old son play games like Gears of War and Halo, but I absolutely draw the line when it comes to Grand Theft Auto. Did you know you can pick of prostitutes and drive them to back allies and have sex with them in your car? You cant see the actual act itself, but you can see the car rocking with them in the backseat and the windows fogging up. Enough said."

I absolutely draw the line at Grand Theft Auto. 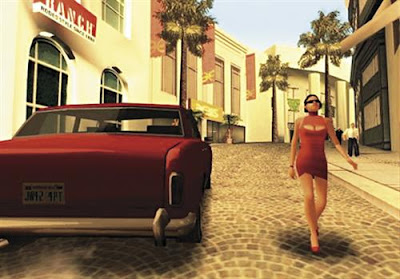 Because a five year old chainsawing someone in half and seeing blood splatter all over the screen in Gears of War is far more acceptable than an implied sex scene where you see the car bounce around a bit. 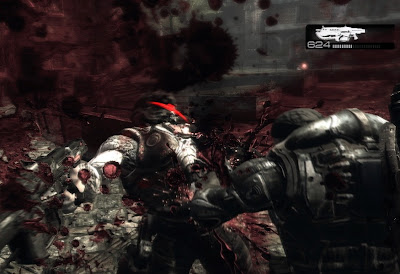 While I agree with pretty much everything you've said, it should be pointed out that it's not too shocking that "Maybe" got zero votes seeing that the poll only has 8 votes after eight days.