I just checked the date stamps on the blog, and noticed I'd not updated for two weeks. Which is appalling of me, I know. To be fair, the bulk of my blogging energy has been going into the newly launched What They Play Blog, which we've been filling up with content, and slowly enhancing in terms of functionality. Please check it out, we need the traffic.

To be fair, I've also been traveling, like, every week as well, landing in such exotic locations as Arkansas, and Atlanta as well as seemingly weekly excursions to New York (I'm heading out again tomorrow.) I've worn a suit more times in the last 2 months than I have in the last 10 years.

Anyway...apologies for that. Here's what I'm up to lately though;

Watching: The Wire Season 1 (finally caved in and downloaded from iTunes)

Wishing: I was home with Mrs D and the kids more
Posted by Unknown at 11:53 AM 4 comments:

What They Play Blog now Live

The What They Play daily blog, imaginatively titled What They Play: Today is finally up and running, complete with photographs of chiseled workout instructor chicks. Mrs. D says Jillian Michaels is "hardcore," so it's perfectly OK for us to run a photo of her wearing very little. It's all about the abs. Or something. 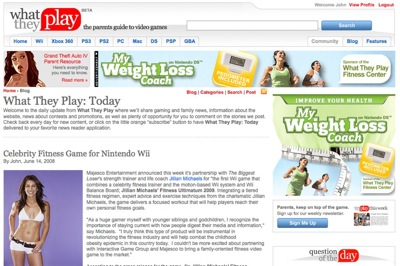 Metal Gear and The Changing Audience for Games 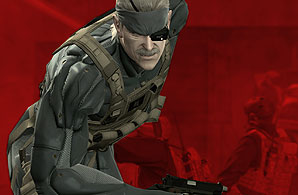 Much like Snake, I'm getting old. There's not getting away from it. There's a weird gray streak of hair sprouting out of the middle of my head, my beard is way past "salt and pepper" and my taste in games is changing. My tolerance for nonsensical bullshit and over complicated, fun-sapping ridiculousness is virtually zero, but my curiosity for anything game-related is still high. This past week has been particularly educational, as we've seen the audience of What They Play respond to a wide variety of stories in different ways, and we've seen the dynamics of our traffic change quite considerably. Although Metal Gear Solid 4 is undoubtedly the most hyped game of the week, it hasn't really been something that much of our audience (parents) has cared for. Sure, we've run big promos on the homepage, and supplemented it with a parents' guide...but the indifference is right there for us to see in the Google Analytics data. It's doing OK, but it doesn't compare to what I'd expect to see if I were looking at 1UP's traffic, or IGN's, or Gamespot's.

So what has done well? Well, coverage of the Cartoon Network's franchise Ben 10 has been huge. It's always huge for us. It blows me away. There are apparently a lot of kids out there that love Ben 10, and there are a lot of parents that haven't the foggiest idea what it's all about. Me included. So we put together some more coverage, and it's been going crazy. Similarly, we've found that both Webkinz and Club Penguin still generate an enormous amount of interest from parents. Proof positive, I guess, that the motivation behind launching the site in the first place was well-founded. We just posted our Dragon Ball Z: Burst Limit coverage too, and it's already picking up nicely. 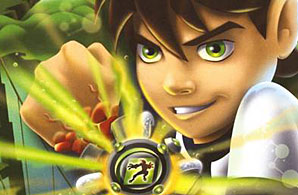 The lesson? I'm not sure yet, but there's certainly plenty of evidence that supports the notion that gaming is getting broader and broader in terms of its appeal, and that the place of the "core" gamer in the grand scheme of things is almost certainly diminishing.

I'm looking forward to seeing the NPD numbers for June, as it'll be the clearest indication yet of just how significant "enthusiast" spending power still is. Is Metal Gear Solid 4 appearing at the wrong time in the PS3's life to become a pop culture phenomenon? Or will it sell to core PlayStation fanboys, and no one else? When we polled people a year ago and asked "what game will make you buy a PS3?" the answer was almost unanimously "Metal Gears Solid 4" - but now that it's a year later, is that still true? My instincts tell me now that MGS4 will comfortably sell a million units this month...but that it probably (sadly) won't move the needle on PlayStation hardware. I'm old enough and gray enough to have been a fan of the franchise for a long time (and by fan, I mean "someone that likes it," not raving rabid crazy defend-it-at-all-costs fanboy lunatic) but as I sit here all alone in the LAX departure lounge collecting my thoughts on the day the "final" (shyeah, right) game comes out, I'm really not feeling the itch to stop off at Best Buy on the way home. Younger fans may be more excited, but let's face it, a lot of Snake's longest-standing fans are getting on a bit. I'm not the only gamer I know that just not "feeling it" for MGS4. It's not a system bias, or elitism or snobbery, I think it's just being tired of what is, let's face it, a beautifully refined development of the same old thing. I'm just not sure I have the patience any more to give a crap why there's a boss that pukes bees, or a solider that craps himself, or a robotic tentacled she-beast that pisses fire while burping the pledge of allegiance.

Is this just me? Am I the only one? Am I just being a cynical old fart who's just grumpy and tired? Maybe I should trying, y'know, actually playing the game, and then returning to this. How late does Best Buy stay open?
Posted by Unknown at 6:51 PM 21 comments: