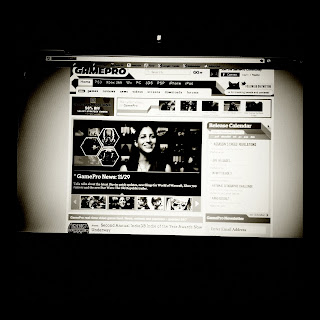 GamePro has meant many things to me over the years, and has become very much a part of my professional and personal life over the past couple, so today's news that both the print and online properties are being closed, and the staff laid off is particularly sad.

Back in 1998, when I first moved to the States to run Electronic Gaming Monthly, GamePro was "the enemy." This was pre-Internet dominance, pre-Game Informer surge, pre-blog, pre-YouTube, pre-anything else that people consume videogames content through these days. It was us-versus-them, and we thought they were a bit crap, honestly. I loved the people, but the mag wasn't for me. I don't mean to disrespect the memory, but coming from a different culture in the UK, I didn't have the emotional bond to the brand - so looking at it purely subjectively, and as its main competition, I just didn't like it very much. What I did have though, was a huge appreciation for how many gamers grew up with it (just like they did with EGM) and a massive respect for its place in the history of what I do for a living.

Little did I know that 12 years later I'd be running the thing. The whole situation came about almost entirely by accident. I'd just sold my own site, What They Play, to IGN and was "between jobs" and wondering what to do next. Some old co-workers from my time at Ziff Davis had recently made the move to IDG to run the GamePro business and reached out to me with a very compelling offer to do pretty much whatever I wanted with the GamePro brand both online and in print. What followed was a liberating 10 months of editorial and design experimentation that allowed the whole team to change the way people thought about the brand, and try some new ideas for games coverage. It was a lot of fun, and I'm incredibly thankful to everyone that made it possible.

Sadly, the business always had a sword of Damocles hanging over it; print. Its legacy was so entwined with physical production and distribution that transitioning the whole thing to a digital business was more complicated than you would expect. The print business in general is a mess. Distribution is expensive, production is expensive, and efficiencies are terrible. For every copy of a magazine that is sold these days, four, five or six are pulped. The wastage is incredible, and with the unit price of a printed magazine being roughly $1, it's an unbelievably difficult business to sustain. The audience just isn't as engaged as it was, and consequently advertisers aren't either. So there's a huge cost and a diminishing income. I believe the technical term is that it's "fucked." But I went into the whole thing with eyes wide open; I knew it wasn't a long term gig, and my assumption at the time was that we'd shift the emphasis from print to online, and allow the magazine itself to ultimately enjoy a dignified death while things flourished on the web.

After I left GamePro to run GameSpot last year, my connection to the brand remained. I met some wonderful people in my time there, and they were a group I had grown extremely fond of. Also, with me out of the picture, my brother was free to step in and contribute to the content mix; which he did with considerable vigor. Under Julian Rignall (someone I've looked up to and respected since he ran Mean Machines back in the olden, olden, olden days of British games magazines when I was running MegaDrive Advanced Gaming) Pete made an enormous difference to the volume of content on GamePro's site, and to the breadth of their coverage.

Watching the comments about the news on Twitter, it's clear there are several themes emerging; the obvious respect and fondness for the team and what they were doing, a great sense of respectful nostalgia for something that had been around for so long, frustration that yet more games journalists are out of work, and questions as to why this is happening.

The glib answer is that media is a tough business, and audiences are fickle. Building a large-scale media business is expensive, audience needs are adapting constantly and people need information in new ways that aren't always easy to keep up with at a scale that can sustain the costs involved. It doesn't help that the competitive landscape has changed so much either. Magazines used to compete with each other and nothing else; EGM versus GamePro is a great case in point. Later, big websites went toe-to-toe (and still do) like GameSpot and IGN. These days though, because the way we consume media and information has changed so much (particularly for games) and the way we seek it out has evolved (Google, YouTube, etc.) the competitive landscape is far more complex. Gaming media brands compete with each other still, but they also compete with their own subjects; publisher's own social media presences, official websites, official communities, studio Facebook pages and YouTube channels; and they compete with their own audience too, particularly on YouTube. Media across the board is having to adapt to citizen journalism in all forms, and in the games space the breadth of that covers everything from commentary to cool gameplay videos and walkthroughs. With so much information online, people aren't loyal to any media brands the way they used to be. People know what they want, so they just search for it...and if you don't rise to the top of Google's (or, increasingly, YouTube's) search results page - you're not going to get the audience, and audience equals revenue which pays the bills.

Talent remains though, and I'm sure that many of the folks affected by today's sad news will find other work. They're a great crew. I'll certainly be taking a long hard look at what we have opening up on GameSpot in the near future and considering who's now available. There's still a need for good, imaginative writing about games.
Posted by Unknown at 1:25 PM 5 comments:

Raising Gamers With an Appetite for Learning 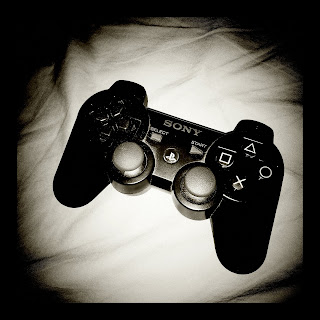 Somehow, while I wasn't looking, my kids grew up really, really fast. Five minutes ago (it seems) they were babies, and now they're strapping six and eight year old boys, and consuming media and entertainment more voraciously than anyone of my generation was able to.

A few years ago, I wrote something for What They Play (sadly unlinkable, as IGN have since closed the site) about the way my oldest son was digesting information through games. Both a little jock and a little geek, he is obsessed with both football and videogames, and through Madden on the Wii was able to bring all the loves of his life into one package at the age of five. He learned the more intricate rules of the sport using the game, but more importantly he was absorbing mathematical skills that helped him understand multiplication and division well before his teachers were prepared to broach the subject in first grade.

My youngest is similarly motivated thanks to games, and while not quite the jock that his older brother is has also learned how to count in base six and seven thanks to Madden, and mastered his basic mathematical skills thanks to a healthy love of baseball, the San Francisco Giants, and MLB 2K11.

For both my kids, I credit an unlikely source for their enormous appetite for reading. While both boys developed their fundamental controller skills thanks to the Lego Star Wars games (I can tell you where every hidden object is in Complete Saga thanks to having to play through the whole thing over and over...TWICE) it was the Lego Harry Potter games that inspired them to pick up their first "grown up" books and read them. A game with no dialog, and virtually no written communication besides instructions for loading a saved game, was instrumental in prompting my oldest to power his way through the first three books, and is now embarking on book four. Similarly, my youngest has already worked his way through The Sorcerer's Stone.

It's usually at this time of year that videogames take their turn being more vilified than usual; not just for their violent/antisocial/depraved/amoral (take your pick...they all come up) content, but also for their "unhealthy" contribution to sedentary lifestyles and to their lack of intellectual stimulation. This is garbage. Sure, if you let your eight year-old play Call of Duty online for hours on end unsupervised, then what the hell do you really expect? By being more involved in the selection of what your kids are playing, and not using them as an easy babysitting device (they sure do keep 'em quiet, I'll give them that) you can nurture appetites for more than just killing monsters.
Posted by Unknown at 2:57 PM No comments:

Apparently, being 40 soon is playing on my mind 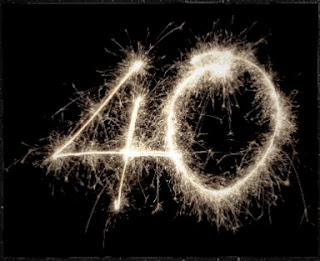 I'm not usually one to really dwell on things. Stuff happens, you deal with it. It was the attitude I was brought up with, and has (mostly) been the way of things for as long as I can remember. Just lately though, I've become acutely aware of the passage of time. My kids seem to be growing up faster than ever. I feel that I never have the time to squeeze everything in; whether its in a single day (go to the gym, spend the necessary amount of time at a demanding job, get home in time to see the kids, spend quality time with the wife, have an appropriate amount of personal time - the balance of which I still have yet to master) or over a weekend, a holiday weekend, or a vacation. Things seem to be moving faster than ever.

"Landmark" birthdays have typically not been an issue for me. 30, for example, came and went without a blip. 40 is really bearing down on me though. It has become a psychological line in the sand and a temporal reference point against which I'm judging all the crap that I seem unable to get a handle on; weight loss, fitness regimen, achievements at work, and a whole host of other bullshit that otherwise wouldn't have a clock on them that casts a shadow of inadequacy over an otherwise perfectly adequate existence.

It's time to get a handle on this stuff, and sift through the crap before the big day arrives.
Posted by Unknown at 7:01 PM 1 comment: