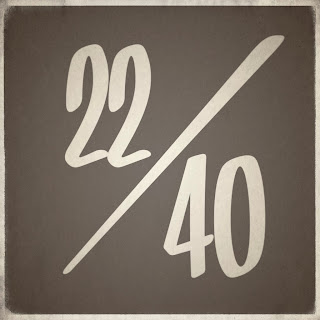 When I first moved to the U.S. the intention was to stick around for about two years. I remember lengthy conversations with the HR rep that helped me through all of my immigration paperwork where she would ask what my plans would be when my visa expired. Because I never made it to university, Ziff Davis' lawyer had worked out a way to get me into the country on the O1 "exceptional ability" visa (it's the one they also bring hockey players in on from Canada) and the process was both long and complicated. Because it all seemed so obstructive, I figured I'd probably be heading home after a couple of years. That was perfectly OK. I was only 26, and the whole thing was something I was approaching as a big adventure. "If we don't do this now, we'll never do it," I thought at the time.

It's now 14 years later, and I'm still here. The likelihood of me ever going back to the UK on a permanent basis gets less and less each day. I miss my family and the friends I left behind, but I'm no longer homesick for the place, per se.

The difficult thing about moving to a new country in your twenties is that you lack a shared culture with the people around you. I don't have school friends here, I didn't experience any of the same things that the people I spend time with every day did (with the exception of some English co-workers) and my kids are growing up and going through things that I have no direct experience of. As they've grown passionate for sports, or specific American culture, I've had to play catch-up as quickly as possible so I can help guide them without looking like a clueless father.

On the flipside, on the rare occasions that I go back to the UK or I spend any amount of time with Brits through work or when they come to visit, the country has moved on and changed dramatically in the past 14 years. I no longer have the same cultural reference points, and when my parents, my brother or friends quote pop culture or comedy or whatever else is driving the group psyche in the country, I have no point of reference.

The net result is feeling stuck between worlds. I didn't grow up in the States, so I'm not "American" but I've lost 14 years of my native culture so I no longer feel "English." So what am I?
Posted by Unknown at 10:02 AM