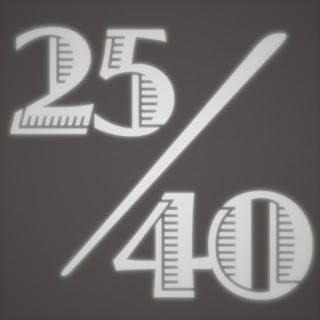 People that have been significant in shaping my career over the years, all of whom I owe a debt of gratitude. Most of them were people that hired me, or became my boss. All of them are important people in my life in one way or another.

My Dad
Without the encouragement he gave me to channel my love of videogames through my love of writing (and to follow his path of writing about what's dear to me) I never would have got started on this path. I've no idea what I would've ended up doing. Given what I was considering doing at University; perhaps a psychiatrist or criminal psychologist? A cop of some kind? Some kind of behavioral consultant thing? I have no idea. My dalliances with retail would certainly have been over regardless, I'm sure.

Les Ellingham
Editor and founder of Page 6 Magazine (later New Atari User) and the person that first put my work into print. Little did he know what he was unleashing on the world, I guess.

Hugh Gollner
Hugh gave me my first full-time job writing about games. He actually turned me down once (for ST Action,) but then came back with the weekly gig at Games-X. Later he gave me my first taste of the start-up life at Maverick Magazines in 1992 and my first editor-in-chief title.

Tim Ponting
My boss and good friend at Dennis Publishing in London. When Maverick went under, he very quickly (much to my surprise) offered me the job of running PC Zone, and it was a fantastic experience. Working at Dennis felt like being in a different league completely, and during my time there I was both editor and publisher of the magazine. With Tim as my group publisher, I was exposed to marketing, PR, circulation, sales and editorial all at the same time; an invaluable set of skills for the years ahead. The whole period at Dennis was pretty magical. I got to work with some amazing talent at a really significant period in the evolution of PC gaming.

Joe Funk
The reason I now live in the States. Without Joe's belief in me, and his absolute refusal to take "no" for an answer back in 1997, I can state with some confidence that I wouldn't be where I am today. His phone call to me, literally the day I got back from my honeymoon to the inaugural Mrs. Davison, was a turning point in my whole life. "Dude. Remember when you said that if Ed Semrad ever left EGM that I should give you a call," he said. "This is that call." Before I knew it, I was on a plane to Chicago to meet the team. That was the first time I met so many important people in my life, including the woman who ended up being the present Mrs. Davison. Little did we know that would happen at the time.

Scott McCarthy
My next boss at Ziff. Scott came to us from Disney, and gave me my first exposure to the way larger media companies think about content, programming, and talent. After Scott left Ziff in 2007, he went to set up a VC firm, and ended up being the principal investor in What They Like. So, his impact on my career (and life) was pretty substantial. I haven't seen him for years, which reminds me that I must look him up. Last thing I heard, he was running ESPN radio.

Ira Becker
My partner in crime at What They Like. He and I quit Ziff together, and braved the wilderness of the startup scene as brothers. We were pretty tight before that experience, but the bond that formed over those two years will no doubt last forever.

Marci Yamaguchi-Hughes
Marci and I worked together at Ziff Davis. She later landed at IDG as the president on GamePro Media. Her confidence in me led to the most freeing and liberating management edict I've ever worked under; "Just make it cool," was the direction. "You have total freedom to do whatever you want with it." The 10 months I worked on GamePro were a lot of fun.

Simon Whitcombe
Simon and I had known each other for years, but had never really spent much time together and certainly not worked together. Previously he was at Future US, the sworn enemy of Ziff Davis Media. Later he landed at GameSpot as the VP of the games group. He approached me at an industry event and we started talking about the kinds of things we could do together. I'd actually flirted with some GameSpot opportunities in the past (a long time ago, back in the Ziff years) but never really got past the flirtation. Simon presented a fantastic opportunity, and a great new direction for my career.

My Wife
Her constant support, and belief that somehow I actually might know what I'm doing keeps me strong and keeps me going. Sometimes the pressure of being the bread-winner (particularly when you live in the Bay Area where things are expensive) can get a bit overwhelming, but she's always a voice of reason and encouragement.