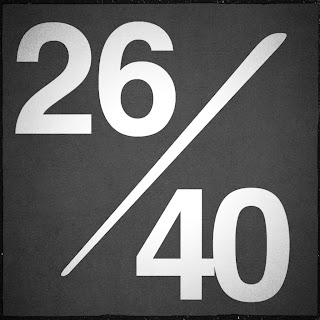 I should probably try and tackle the weight thing at some point in this process. It's been something that's hung over me for what seems like forever, so it warrants discussion in the countdown to 40.

There was a brief period in my late teens where it wasn't really a concern, but I was a chubby kid, and have struggled to keep things under control for the majority of my adult life.

Outside of a brief period in my mid-20s when I was pretty sedentary, and partied far too much (thanks to living in London and hitting the beers nearly every night) I've always made a lot of effort to try and exercise, and I've always been fairly careful about what I put into my body. All the stuff that you read about as "life changes" to help with weight loss are either totally fucking obvious, or things I'm already doing, or both; "give up soda and candy" for example - well, d'uh. I haven't consumed either since I was a kid because they make me (guess what?) FAT. Similarly "replace burgers and pizza with vegetables and lean proteins" is something I've been (mostly) doing for at least the last 10 years, and is similarly obvious and not terribly useful advice.

In my late 30s, the whole thing has become much harder. Despite exercising much more aggressively, and taking up long-distance cycling (I do the Marin Century every year, which is a 60+ mile bike tour around the North Bay) and an even-more-sensible (read: boring) diet, the best I ever seem to be able to do is maintain my weight. It doesn't go up, it doesn't go down. I've been stuck at 207 pounds for two miserable years now. It doesn't seem to matter what I do, it just won't budge. I've seen doctors, trainers, and nutritionists and followed all of their advice, which is summarized here;

Lots of contradictions. Which is irritating. Honestly, after two years of nothing really achieving anything I'm at a complete loss. And honestly, being allergic to both dairy and gluten is no picnic. I'd set a goal at the beginning of 2011 to shed 22 pounds and be 185 by my 40th birthday. I thought a year would be plenty of time to achieve that, and I've worked hard to try and do it. As I write this with 26 days to go... I'm still (unsurprisingly, because the universe is just fucking with me) 207 pounds.

It's starting to feel like some kind of cruel joke. If I had even a scrap of religious faith in me, this would have convinced me that the big man is just malicious. I've set a new goal; be 200 pounds or preferably less by my 40th. That's got to be possible, right?
Posted by Unknown at 11:53 AM

All the stressing over your weight is probably more detrimental to your health than your actual weight, John. Maybe it's time to accept that the universe wants you to be 207 pounds?

The universe has a pain in the ass sense of humor