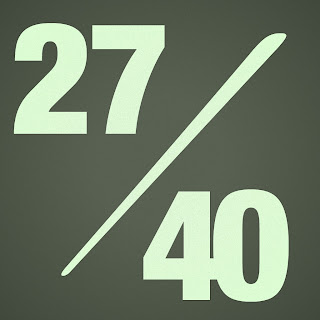 Some things that teenage me (specifically) would have wanted to have done by the time I was 40...

Be a famous rock guitarist, idolized by millions and adored by women everywhere
I was in a couple of bands, and we were reasonably popular in the small towns where each played, but I was hardly "famous." The only "groupie" of any kind was in Macclesfield, and she was the singer's girlfriend. She was all sorts of trouble, so the less said of that the better.

Have started my own company, and made millions of dollars
Did the first part, failed fairly spectacularly on the second part. Was an exhilarating experience, and I'd definitely be up for doing it again. Perhaps with something of the latter as part of the package next time.

Found the love of a beautiful woman
Done that. Miraculously.

Moved to America
Did that one too. Original plan was to come for just two years. It's been nearly 14. See above.

Possess a garage filled with spectacular sports cars
I've half done that. I've not had any of them at once, but there have been some good ones over the years. Maybe not Ferrari's or anything, but I've had; a Corvette, an Audi TT, a Mitsubishi Evo VIII, and a Porsche Boxster over the years. Not rock star stuff, but not bad I guess.

Created some work of staggering artistic genius that genuinely moved people in some way; either an album, a book, a movie, a song, or a game
Nope. None of the above. I guess there's still time though. Maybe a book?

Achieved some kind of fame
I'm not sure 15,000 Twitter followers really qualifies.