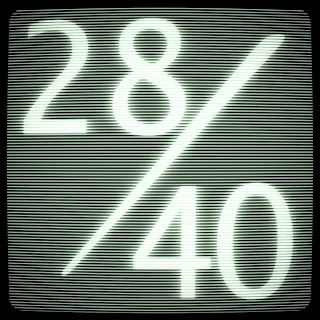 One of the most influential people in my formative years, outside of mum and dad obviously, was my Grandad (on my mother's side.) He taught me about life, pragmatism, hard work, and finding the logic behind things. There's advice that I remember him giving me when I was maybe seven or eight years old that I still make use of today, and I've lately noticed that I've been passing along to my own boys. Professionally he was a factory worker; building tyres at the Goodyear factory in Birmingham or Wolverhampton (or somewhere around there) but he clearly missed a calling as a teacher. His advice touched me deeply, and that's why I still miss him today.

Most memorable was his approach to maths; he had a knack for articulating how you approach things so you can simplify them and do them in your head. He taught me all about breaking down problems into their constituent parts, solving those parts as simple equations, and then piecing the whole problem back together again. It had a profound effect on me, and I'm sure it's a big part of why I quickly developed a talent for mathematical problems at an early age. The magic of this academic advice was that he also showed me how you can apply the same idea to pretty much anything in life. Things that seem complicated are usually much simpler than they appear, and all you need to be able to do is break it down and tackle it methodically. Without that foundation from him, I'm sure I wouldn't be the person I am today.

He also had a cheeky, glib side, of course. The other most memorable advice that he gave me concerned a general approach to dealing with others, particularly those that are either nagging, or being a pain in the ass. "Just say yes, and take no notice," he would say.

Sometimes that proves very useful too.
Posted by Unknown at 10:23 AM