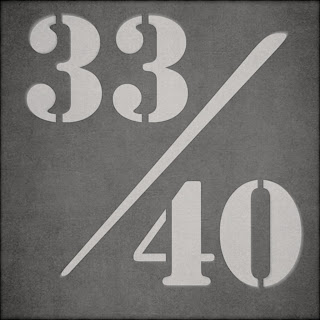 I think it’s fairly safe to say that I’m not a particularly patient person. My wife is no doubt chuckling if she’s reading this. I have become reasonably adept at projecting the impression of patience, but at my core I find slow decision-making, or slow processes to be absolutely unbearable. It’s not a new thing, I’ve struggled with it for as long as I can remember, but I’ve had to really adapt in the past 15 or 16 years as I’ve moved into more senior management roles. I find indecision or slow-moving work initiatives to be incredibly annoying, and as I have become increasingly proficient at not venting frustration directly at people (there was a time when I didn’t hold back, and it wasn’t particularly productive) I’ve had to keep things slow and steady emotionally. If I leave things unchecked, and let the stress take over, I’ve been known to drift in one of two directions; either a form of intellectual paralysis, where the lack of momentum causes me to lose focus completely – thankfully something I’ve not had to deal with for a very long time – or (and this is the scary one) emotional numbness.

The latter was something that I wasn’t even aware of when it was happening, but having been through it during the tail end of the What They Play chapter of my career, I can look back on it now as possibly the scariest time of my adult life. Having been through a period of what can only be described as spiritual vapidity, I’m now fully aware of where my dark side is. I’m not talking about getting all Lisbeth Salander here. I don’t suddenly develop a penchant for black nail polish and freaky weirdness. The truth is that in my most extreme times of emotional distress, my psyche doesn’t freak out, it…what would you call it? Freaks in. When my stress levels wound up to truly extreme levels, I found that rather than getting increasingly emotional, I actually got less so. In the case of What They Play, as we struggled with funding during the worst years of the financial crisis, the idea that what I’d spent two years building may fall apart and that the team that had been so loyal and dependable may be out of work became a huge burden. While at the time I had absolutely no idea this was happening, what I found was that my emotions just shut down completely. I wasn’t scared, I wasn’t angry, and I wasn’t unhappy about what was happening. Similarly, I wasn’t expressing much of any kind of real emotional response to anything else either; I wasn’t happy, I didn’t find things funny, or sad. I was incapable of feeling excitement, or nervousness, or anything emotional that you would otherwise take for granted. With this emotional compass somehow missing, it turned me into a completely different person. I believe the technical term is denial. It took me until about a year after the dust had settled to realize that without that internal barometer, and any kind of self awareness about it that my usually quite measured ability to make reasonable judgment calls was completely obliterated.

In retrospect, the scariest thing about the whole situation was that I had no idea that it was potentially a problem. When you’re stressed out, it’s easy to watch out for quintessential crazy person behavior – freak outs, rage, whatever – it’s another thing to notice that things are swinging the other way. I really don’t know what I would have done if it wasn’t for Mrs D and her amazing capacity for both tolerating my ridiculous bullshit, and helping me piece things back together in a much more self-aware fashion. Without her Yoda-like ability to turn me from the dark side, I really don’t know what I would have done, and there’s a very good chance that things would have gotten far more destructive. By learning and understanding that (if none of us are paying attention properly) I have the capacity to just shut down completely when things get really tough, she has helped me achieve a balance in the last couple of years that I really didn’t have previously. Importantly, this is also a balance that I didn’t fully appreciate that I needed. The majority stems from her love and the kids’, but it’s also a greater focus on both physical and emotional health, and a willingness to stare right into the face of what’s challenging and acknowledge problems as they’re happening.

With the pressures of new jobs and new responsibilities in the time since we eventually sold What They Play to IGN (see? There was a happy ending there eventually) I’ve been able to process challenges and stress in a completely different way, while also keeping my head above water and fixed on what’s most important.

See? This is what an imminent 40th birthday has provoked; it’s prompted some self-analysis, and consequently a blog post that was in serious danger of drifting into granola-crunching, touchy-feely, sandal-wearing, spirituality nonsense before I pulled it back from the edge there. Bottom line? Wife, good. Kids, good. Stress, bad.
Posted by Unknown at 9:31 PM