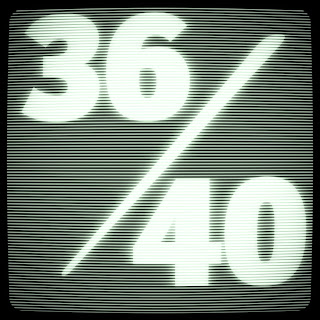 Between the ages of 11 and 16, I was pretty much invisible. So much so, that upon entering the sixth form at my school at the age of 16 I remember being asked several times by "cooler" kids which school I'd attended previously, and if I was "new." This hadn't phased me, I found it more amusing than offensive because I'd spent the bulk of the previous years just keeping out of everyone's way. I wasn't unpopular or reclusive or anything; I was just shy. I was geeky, into computers and videogames, I wasn't particularly sports-focused (although I could run forever, which made me good at endurance races - but no one cared about anything except football so no one noticed) and I was a bit overweight. For the bulk of the first five years of secondary school I'd hung out with the same crowd of half a dozen or so guys playing games and watching sci-fi, and it had been perfectly acceptable. Girls didn't notice me, I was socially a bit awkward, but I'd always felt like I should try a bit harder to be sociable.

Entering the sixth form I made a conscious effort to completely reinvent myself; something I've fairly successfully pulled off twice over the course of the last 40 years. It didn't hurt that I dropped some weight over that summer, and the platonic (though I'd wished for two years that she'd be more) girlfriend that had shared my love of heavy metal, videogames, and geeky movies had finally caved and noticed that I was more than just an awesome study buddy. Suddenly I was visible. I made new friends (hardly any of my old crew had stayed at school past 16,) I started playing guitar in a band, I grew my hair long, and for some reason people started to seek out what I had to say about things.

The shyness remained though. I don't remember why I chose to deal with it the way that I did, but as a life strategy it has served me very well ever since; if in doubt, I would move towards whatever made me most uncomfortable. I'd get up on-stage to play in the band, I'd volunteer for speaking engagements, I'd try and reach out to new people, but all of it was always almost debilitating in how nerve-wracking it was. Looking back now, I wonder if someone encouraged me to behave this way, or if it was some piece of advice from my grandad (the source of much practical life-knowledge in my youth; his best being "just say yes and take no notice,) I really don't recall. Still...it's something that worked for me, and I will no doubt be imparting it to my own boys when they get older.
Posted by Unknown at 6:07 PM