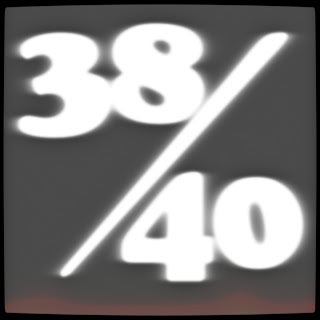 Yesterday's post was a bit serious, and was very much work-focused - so today let's swing all the other way and talk about dogs. Yes, dogs.

Growing up, I hated them. Big, loud, dirty, uncivilized slobber-monsters that were pushy and obnoxious. I was more of a cat person. Cute, cuddly, a little aloof but generally loving. I had a cat growing up, and had them as soon as I was able when I left home. I even brought two with me from England to the States back in the late 90s. Though it's incredibly unlikely, I guess it's remotely possible that the pair of them are actually still alive somewhere in the deepest, darkest Midwest. I wouldn't know though; they stayed with my ex-wife, who has been exercising her right to completely ignore me for the past 11 years.

Since meeting the current Mrs. Davison I've switched allegiances. I am now "of dog." As of last night, I'm temporarily "of three dogs," to be accurate. We adopted a wonderful puppy in 2002; a mutt of indiscernible origin that we were told was part Labrador and part, oh I don't remember, Spaniel or something? Maybe German Shepherd? I really don't remember. Regardless, I'm pretty sure they were wrong, because he's clearly part awesome and part excellent. There are rumors that there's some Rhodesian Ridgeback in the mix too, and that's completely fine. He is now nine, and is the most caring and loving animal I have ever encountered. We got him at the time because we wanted to go to a rescue, and couldn't afford the $2,000 it would have cost to rescue a pure breed like a Golden Retriever or something. Less than a week after we brought him home he cost us more than that in vet's bills because he had Parvo. I don't hold that against him though.

Last night the household (which, incidentally, also holds two cats, though one of them fucking hates me) was joined by a pair of puppies. The idea was to get a puppy. A puppy. One. But the rescue across the street had two that were very cute, so we made the executive decision to foster both of them while trying to decide which of them to keep. After just 24 hours, the entire concept seems entirely unfair and difficult and I'm already leaning to the idea of keeping them both, despite the fact that it would be really, really stupid to do so. They are incredibly cute and friendly, and I'd be sad to see either of them go. Already.

So, there you go. I've officially become a "dog person."

The similarity in our lives is at times uncanny. I too, am staring down the barrel of 40 (in October), my difference is I have my first child on the way in January, adding to the thought buffet I'm currently grazing.

On the subject of dogs, a word of advice: three is much, much different than two. I know, I've tried both. Not only is the extra care taxing, but having three creates a strange pack dynamic within the dogs. I haven't tested it, but I'm told four is actually easier than three, as they tend to sort many issues out themselves by pairing off. There is, of course, the extra dog(s) to deal with on your end.

Anyway, keep it up. I'm enjoying your march to 40. It's giving some perspective to my own.