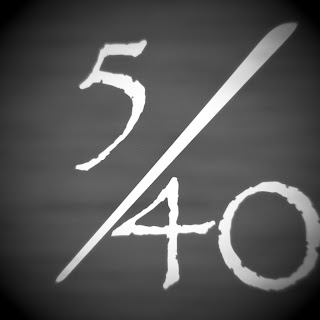 I've been fortunate enough to work with some fantastic people over the years, and I think the results from those collaborations have been generally well-received and at least moderately successful. Back when I started in the media business, the most important aspect of what we produced was representing the brand. Yes, there were individuals within those brands, and readers enjoyed particular bylines, but it was a very different time and readers weren't bombarded with the volume of media they are today.

A consequence of this volume is that audiences need something much more personal to relate to now, and simply developing a fondness for, say "GameSpot" or "GamePro" is no longer sufficient. Without an attachment to the individuals that provide the voice, audiences drift off and consume something else. Back when we made magazines, our reader's act of buying the magazine was implicit loyalty. They had made an active choice before consuming the information we gave them. Online, readers and viewers no longer behave that way - they consume "the Internet" as a whole, and when searching for information on a game, or a movie, or whatever, they'll gobble up whatever hits them first, or is recommended to them by others. Unless they have an affinity to an individual that they wish to seek out.

Looking back over the past couple of decades, it's not hard to identify the one thing that helped me establish any kind of "personal brand" and allowed me to thrive in this larger, scarier world: 1UP Yours.

Back when it launched in (what was it, 2005 maybe?) 1UP was doing very well, EGM still had a passionate following, and the Official PlayStation Magazine was still very successful. The 1UP Yours podcast seemed to give voice to something, though. It filled a gap. It affected people.

When we started it, we really had no idea what it could become. It was initially little more than an exercise in flexing our media muscles and seeing what would come of it. Podcasts were a new thing, and Garnett Lee had expressed a huge interest in exploring what we might be able to do. The first few episodes were little more than a random group of us talking about videogames for an hour, and wondering if people might be listening and give a shit about what we thought. It wasn't until a few episodes in when we found that special combination of personalities that anything even remotely magical happened.

I can't stress enough that it was not by design. The whole thing simply fell into place. Luke Smith had just joined us from Kotaku, and the lineup on the show that particular week happened to be Garnett, Luke, Shane Bettenhausen, and myself and it just…worked.

Over the period that we recorded those shows, every Thursday night (late into the night, and accompanied by ever-more-exotic alcohol supplied by our listeners) what people were listening to wasn't just five guys (Andrew Pfister, our producer, was the most important part of keeping it all together) talking about games. It was five guys becoming closer and closer friends. It was distinct personalities clicking into place and finding their "role" within the whole. Later, we were extremely lucky to find others like Mark MacDonald and David Ellis that came along to be one of the legs that propped up the show, but the real magic, the real special sauce was the chemistry.

All of us were strong personalities, all of us had strong views that were informed by our day jobs of crunching through information, and all of us were confident in each other that we could say whatever was on our mind without fear of their being any ill will. Sure, we fought…and occasionally passions flared to the point that it spilled over into the next day, but there was a feeling of brotherhood that kept things together.

Part of the magic came from the fact that we all sat around a table while recording the show. I know that sounds simple, but the fact that we could all see each other was hugely important. There was a body language that powered the show; we could see when Luke was getting wound up and was ready to explode, we could see when Shane was preparing to drop a bomb… we could communicate silently just with a glance, and we got really good at seeing what was going to happen before it happened.

Lots of people that listened to the show believed that it was really as raw as it sounded. In truth, we planned out the basic structure of every individual episode and had a very specific running order that Garnett and Andrew used to steer things along. The themed shows, like "4 Minute Warning" were even more structured, and we often had piles and piles of paper in front of us so we knew exactly what we were reacting to.

Honestly, it was the most fun I've ever had at work. We knew people enjoyed the show, but it wasn't until we did the first live episode at PAX several years later that we became aware of quite how we'd touched some peoples' lives. Guys would come up to us and tell us that they loved the long shows because they had crappy jobs, and listening to the show helped them get through the day. That stuff really humbled us.

Obviously, truly great things can't last forever, and 1UP Yours didn't. The subsequent shows were just as much fun, but looking back it's nice to know that there was something truly magical.

I don't see any of the guys anywhere near as much as I would like. Both Luke and Andrew are in Seattle, Garnett's in LA, and Shane just recently moved back to San Francisco from LA.

I truly love those guys though, and love that particular chapter of my life enormously. Without that show, and those guys, I'm certain I wouldn't be where I am today.