Microsoft and Xbox One Transparency

When IGN announced that it was co-opting the "AMA" format from Reddit for an "Ask Microsoft Anything" series in the weeks leading up to the Xbox One launch, the derision and cynicism it prompted was pretty predictable. "Clearly it's a controlled PR thing," goes the argument. Well, yes. Clearly anything that Microsoft does with the press is a PR thing. That's how these things work. Big companies don't offer any kind of access without an agenda these days, and anyone that thinks otherwise is a bozo. I would imagine that the logic for putting this thing together involved all concerned thinking it was a win-win. For Microsoft, they get to try and humanize their messaging a bit, something that's increasingly important as they continue to stumble from one incompetent PR fuck-up to another, and IGN gets a regular hit of raw next-gen info to feed its large and voracious audience. Some weeks what it yields is inconsequential, while others we actually get some meat on the bones.

Say what you will about the lack of transparency in IGN's interpretation of the "AMA" format; this week yielded a sufficiently meaty snippet that the rest of the Web's tech and gaming reporters picked it up and ran with it verbatim. If you're following videogame sources in your RSS reader, or you've even glanced at Twitter, chances are you'll see at least a dozen variations on the "Xbox One no longer requires Kinect" headline.

The quote from Microsoft's chief Xbox One platform architect Marc Whitten that prompted today's particular batch of cutting-and-pasting was a response to the question, "Since Kinect must be plugged in for the Xbox One to function, what happens if your Kinect breaks? Like if it falls off the top of your TV onto a hardwood floor or something? Will the console cease to function?"

WHITTEN: Xbox One is designed to work with Kinect plugged in. It makes gaming better in many ways – from the ability to say “Xbox On” and get right to your personalized homescreen, to the ability to control your TV through voice, Smartglass and more. Kinect allows you to search for your content, instantly move between games and your personalized dash and more with just your voice. Kinect helps you pick up and play by automatically knowing which controller you have in your hands. No more need to interrupt your friends game or navigate through multiple UI screens to sign in and tell the system which controller you are holding. It will even bind the controller to the console if its currently unbound – no searching for special buttons! Of course – these are just a few of the system wide benefits of having Kinect. Games use Kinect in a variety of amazing ways from adding voice to control your squad mates to adding lean and other simple controls beyond the controller to full immersive gameplay. That said, like online, the console will still function if Kinect isn’t plugged in, although you won’t be able to use any feature or experience that explicitly uses the sensor.

So there you go. "The console will still function if Kinect isn’t plugged in," which is yet another Microsoft U-turn. And of course a perfect opportunity for a bunch of outlets to run headlines predicting that there'll be a Kinect-free bundle announced for the same price as PS4 any day now. 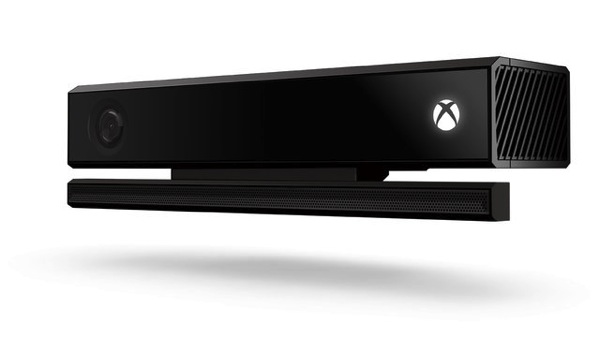 I know what the Xbox team probably thinks it's doing at the moment. A group of marketers and "communications specialists" are surely patting themselves on the back for being so hip and groovy, fully embracing the notion of "transparency" and "responsiveness."

"Yeah guys, see? When the community speaks, we respond," they no doubt tell themselves. The problem, of course, is that rather than responding to the complaints all in one go…they've decided to try and eke out as many press cycles as they possibly can with each shift in policy. A truly modern, hip and groovy approach – one that is properly "transparent" – would have been to wait a while, call another event (online only, with no one paid to cheer in the background) and come out and say, "hey, we listened to everything that you had to say, and this is the plan now." Boom! "It's not always-on, there's a headset included, there's no Kinect requirement, and here's a cheaper box." They honestly would have been applauded for that.

"Holy shit," we would have said in unison. "Who would have thought such a big corporation could behave in such a modern way?" Instead it would appear that an inept group of people somewhere within the bowels of the company is rather hoping that we'll have that same reaction every fucking week.

The result, of course, is that they don't look hip and groovy and transparent. They look inept and indecisive and rather like a politician that is desperately trying to ingratiate himself to a constituency he's already lost.

The Xbox group used to be an oasis of comparative coolness within the Microsoft organization. Sure, the air of "rebellion" was sometimes terribly contrived, but we were always fairly convincingly persuaded that the Xbox team understood who we were as an audience. Consequently there was a belief that, by and large, the product was being molded based on the decisions of a group of gamers with our best interests at heart.

Now? Honestly, who the fuck knows what is going on? The whole thing positively reeks of "suit."

We're now faced with a company that thinks producing an unboxing video of its own product, three months ahead of the launch is actually going to fool us into thinking it was done for the right reasons. a) Unboxing videos are shit. They're boring, unimaginative clichés, and YouTube is full of the damn things. b) YOU DON'T DO AN UNBOXING VIDEO OF YOUR OWN PRODUCT. The whole point of that kind of content is to convey the wonder and appreciation of the shiny technological thingummy that people are craving. c) It's so clear that the job of this particular unboxing had nothing to do with "the moment you've all been waiting for," but instead was a desperate attempt to say "hey, I know it's getting weird because we keep changing things… here's what you're actually going to get for your $500."

If your strategy is being "transparent" why not just say that  then? If Larry had come on camera and said, "hey guys, we know it's been getting a bit confusing lately - so here's the deal," I think we all would have been genuinely impressed. Instead we get what one F!RST user described as being presented with "all the excitement of a kid opening socks on Christmas," before the disappointing climax of something "cool" apparently happening with the On button.

It's a testament to the strength of the brand over the past 10 years that all this crap is ultimately inconsequential. While idiots like me rant and rave from the sidelines about the idiotic and disappointing way that the brand is being wielded, ultimately - it really doesn't matter because, y'know…Call of Duty. What's sad though is that Xbox is one of the only products in the Redmond giant's enormous repertoire that is genuinely loved by it's users. We all laugh at the inept Surface RT ad campaigns, and there's not even a remote twinge of disappointment because we never actually gave a shit about the product. With Xbox though, we all care the idea of it. It means something, and there's nothing worse than watching an idea be destroyed by ineptitude.