If all we get from next gen consoles is prettier graphics and better digital distribution, then the experiences aren’t going to be noticeably different from what we had before. What we need is a focus on other technologies. 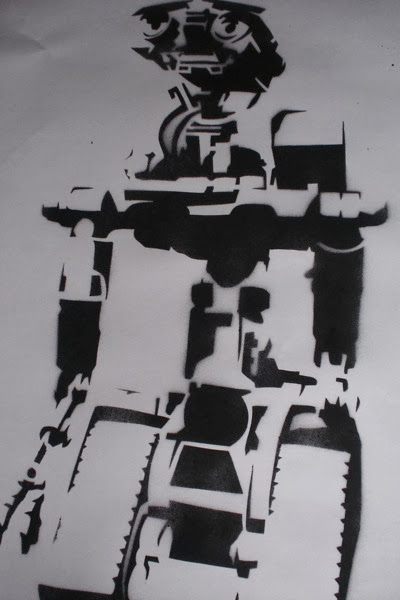 I’m wowed by the visuals already. Assassin’s Creed IV is superb, but it’s basically just a very pretty current-gen game. Killzone: Shadowfall is beautiful but really, really badly designed. Ryse is stunning but hopelessly vapid. Battlefield 4 has moments of grandeur and majesty that are utterly ruined by whatever the fuck it is that DICE did to screw up on the server side during development. I appreciate that it’s hard to pass that much information around a network - but it’s not like they’ve not done it before. Knack is cute, but is held back by a design doc from 1998 that Mark Cerny clearly fished out from behind his sofa. Of all the next gen launch titles, the one that really stands out for me is Forza 5. Not because it looks that much better than Forza 4 (it doesn’t) but because the ludicrously-named “Drivatars” exhibit believable on-track behavior that I can accredit to my friends, who I can then berate on Twitter for driving like arseholes.

For me, this is the key to the experiential “wow” that we need to see in the coming years. Graphics will obviously get better and better, and that’s lovely - but things need to take a step in a completely new direction.

From talking to game development people that are far cleverer than I about such things, it seems that the very best of what’s to come will actually be the stuff that’s much harder to demonstrate in a big glitzy graphical showcase. Any post-launch game reveal can bedazzle us all with a graphical orgasm that stirs up a ton of Twitter noise, but anyone with a tricked-out PC and a worldwide media event can do that. I saw the Star Wars 1313 demo running on a big, throbbing multi-GPU PC in real-time a couple of years ago, so I’m already au fait with graphical trouser tingle. It’s going to take a lot more than pretty pictures to justify the “next generation.”

So...here’s what I hope we’re all going to be talking about six months from now - not graphics (OK, maybe a little,) not digital distribution or streaming content, but two things specifically  physics and AI. The things that will make our games feel more alive.

I want to see environments that aren’t completely static, or that only react in predictably scripted ways. When you’re running around in Black Ops 2 or Ghosts, the fact that structures don’t get completely obliterated and fall over when you hit them repeatedly with a War Machine makes the whole thing feel contrived. Some games have been playing with this for a while, but we’re still not seeing the idea implemented very often because it requires the whole project to be built around the idea. Criterion’s criminally-underrated Black did it to startling effect on PS2 back in 2006. Battlefield 3 took a step in the right direction by crumpling things in a more believable fashion, and Battlefield 4 has some moments of absolute jaw-dropping magnificence. Breach played around with it somewhat, but I want to see physics models consistently applied with as much care and attention as the pretty textures. This is insanely complicated and difficult to do, I’m told, but as an audience we’re certainly ready. We can’t keep running around static sets forever. When game worlds are modeled physically as well as aesthetically, we’re going to see levels designed in a very different way and we’ll see more emergent experiences based on our interactions with environments.

I don’t know about you, but I’m also pretty sick of NPC’s behaving like morons. If Sony is going to insist on making yet another Killzone despite no one asking for it, let’s at least make it more than a graphical showpiece. Let’s have some of that epic computing power devoted to the Helghast actually behaving the way we’d expect them to. Let’s have them show some awareness of their environment and what’s actually happening around them. Yes, I know they duck into cover in Shadowfall, but I want to believe that a group of soldiers standing within a few hundred feet of each other aren’t utterly oblivious to one another. I want to be able to accept that these guys might possibly know each other - so if I shoot one of them, the others actually react. More than just scattering for cover, I want to see them responding in a way that shows they’re operating as a cohesive unit, and are relying on one another.

In previous generations, as players we all got very used to name-checking graphics engines like Unreal and Frostbite as a shorthand barometer for visual expectations. The challenge of implementing artificial intelligence systems is that the needs are much more specialized, but I would anticipate that in the coming years we’ll start name-checking brand-name engines that control pathfinding and behavior with similar enthusiasm. What will they be? Honestly, I really don’t know, but my hope is that we’ll take comfort from seeing certain A.I. engines flagged in startup sequences just as we do now for graphics engines. Perhaps dudebro’s the world over will eventually be heard uttering, “Hey bra, this thing uses Aggrobrain 2.0 combat A.I., it’s amaze-balls,” while Icing each other. Or something.

Probably not, but the discussion I want to kick off here is that there are more important things than graphics with these new consoles. Let’s hope studios try and do something brave with the next gen, rather than just give us prettier and prettier versions of experiences we’ve already had.