Some learnings from a year on the periphery of games media

The first thing I ever wrote “professionally” about a videogame was in 1986. It was a review of Winter Games by Epyx for the Atari ST, and my payment for the 500 words or so that I wrote about it was that I could keep the game. I was 14, and that seemed like a pretty sweet deal at the time.

I’ve been associated with games media in one way or another for pretty much the entire time of the…gulp…28 years since. I freelanced pretty consistently between the ages of 14 and 19, and when I got my first full-time job after leaving school, it was reviewing games for a weekly games magazine in the UK called Games-X.

Much has changed in the years since. We’ve seen the transition from print to web writing, the constant evolution of video coverage, and the advent of livestreaming. One thing has stayed fairly consistent throughout though; the audience. Passionate, vocal, enthusiastic, and often quite defensive. These are people prepared to spend a huge amount of their available free time, and a large amount of their disposable income on these wonderful, magical experiences. Games provide gamers’ entertainment, but they also provide so much more; a sense of belonging to a community, being part of a rich culture, and they provide wonderful escapism.

About a year and a half ago, I stepped away from being at the heart of games coverage for the first time in my professional life. It was a risk, but a calculated one. After spending so much time with, and creating content for people that love games so much, it was clear that some dramatic changes were occurring, and I had the good fortune of knowing some people that were seeing similar trends and were in a position to try and build something to serve these changes. That was how First for Gamers, the social network and live messaging app for gamers that we ultimately ended up building came about. 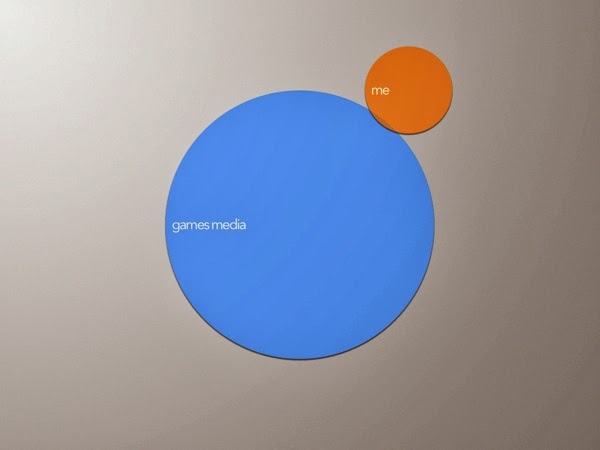 As Marc Andreessen wrote recently in his blog post about the future of the news business, “On the Internet, there is no limitation to the number of outlets or voices in the news chorus. Therefore, quality can easily coexist with crap.” In gaming, the issue was more than just that of quality, it was quickly becoming one of volume. Millions of YouTube videos, billions of minutes of livestreamed gameplay on Twitch, and millions of Tweets compete with the thousands of blog posts and articles that are produced each month about videogames.

In building First for Gamers, we’ve had the luxury of spending a great deal of time speaking with the gamers that use it every day about their feelings on gaming and the way they consume content in general. It’s been quite an eye-opener, and has made me look, with renewed interest, at the possibilities for the future of games media.

What follows is not another critique bemoaning games journalism, but more a series of observations based on repeated comments from users that are starting to coalesce for me as thoughts about how the business can evolve and continue to grow in future.