What's in a name? Call of Duty and the "call of duty"

Cast your mind back to October 2003, and the original Call of Duty. (When screenshots were still square, and nothing was “HD” or widescreen yet.) 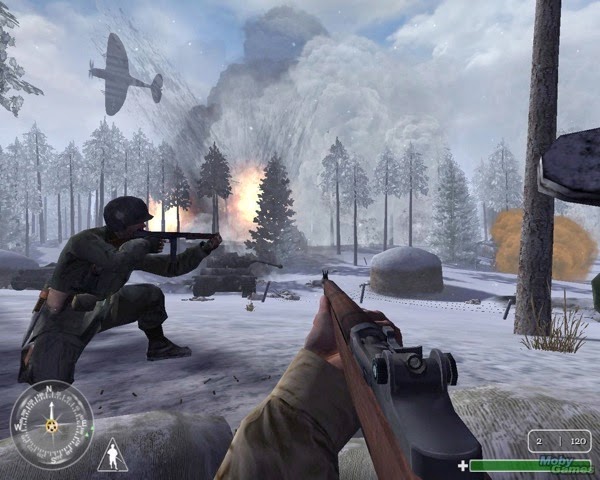 It was set in World War II, attempted to simulate infantry and combined arms warfare, and was relatively unique because its primary hook (besides being a WWII first person shooter) was that it was meant to celebrate the literal “Call of Duty.” Namely, the necessity to carry out the work of a soldier in a time of war. It wasn’t about a lone soldier blowing stuff up and being the hero of the day, but instead told the story of the war from multiple perspectives and highlighted the sacrifice of those called to arms. It was meant to show you that wars aren’t won by individuals, but by the contributions of many individuals.

Over the course of the series, this clarity of purpose has certainly waned, but by and large it’s been on approximately the same path, regardless of whether you buy into its scenarios or not. In each story we’ve seen soldiers from different backgrounds put into difficult situations, but whose motivations are ultimately the same; answer the “call” and defend their country’s interests. They’ve all, at least loosely, lived up to the name.

Think what you will of the franchise and its super-commercialized, cash-cow status within the Activision fold, I’ve always quite admired that even in the face of increasing commercial pressure to deliver greater successes and larger spectacles, it’s remained mostly true to that original vision.

Judging from the details we’ve seen so far of Call of Duty: Advanced Warfare, I’m not sure we can expect the same of the new game though. For starters, it’s a lone-hero story (Private Mitchell, voiced by Troy Baker, is the sole focus of the game); something that back in 2007, Infinity Ward was keen to distance the franchise from. And then there’s what that lone-hero does for a living…The scenario described on the game’s official website is that, “Private Military Corporations have become the dominant armed forces for countless nations outsourcing their military needs, redrawing borders and rewriting the rules of war.” So, as a soldier for the largest of these Private Military Corporations, called Atlas, Mitchell is a mercenary. 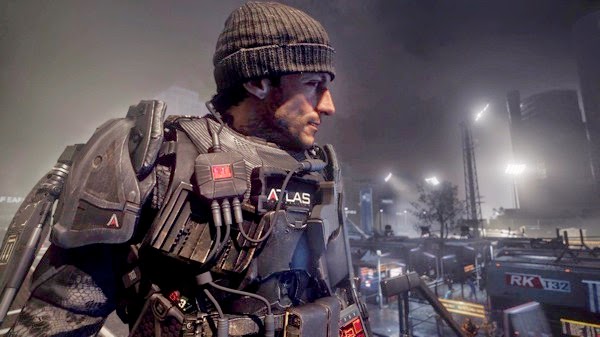 With that in mind - can Mitchell, and by association the player, truly be answering the “call of duty”? If a soldier’s talents are simply being sold to the highest bidder, what is really being defended? Real-world PMC Blackwater (now called Academi after their problems in Iraq in 2007) founder Erik Prince once described the role of the PMC as “trying to do for the national security apparatus what FedEx did for the Postal Service.” So…killing the other guys faster, more expensively, and with no loyalty other than to the person footing the bill.

Given that we already know Kevin Spacey is deliciously sinister as Atlas CEO Jonathan Irons, it’s entirely possible that your ultimate purpose as the player in the Campaign mode of Advanced Warfare (which no one except the critics and a fraction of players over the age of 30 will actually bother playing) will be to find a sense of purpose and make some kind of moral choice. I would imagine that the narrative will more than likely play out like a Michael Bay movie though. No doubt you’ll stumble into a flimsy narrative thread that positions Irons like a James Bond villain, and the “ohmygod he’s been playing both sides all along! He was behind the global catastrophe that started all this!” climax will ultimately lead to some kind of fight with a thug (or, if we’re going all 90s-style sci-fi action flick…Irons himself) wearing a more advanced version of the Elysium-style power armor getup. This denouement will render all previous conflict irrelevant, and the player’s ultimate triumph will no doubt provide some form of redemption for Mitchell. Cue large explosions and loud industrial-sounding, vaguely-dubsteppy-but-not-quite-because-it’s-not-as-cool-now credit music.

So: lone hero, soldier for hire, private military corporations…it’s not what Call of Duty originally set out to do artistically at all. It’s just a very cool-looking futuristic military first person shooter that has the Call of Duty name on it.

Well, d’uh. We shouldn’t be surprised by this at all, obviously. The name sells lots and lots of games.

Ironically, the existence of Advanced Warfare is actually a metaphor for the story it’s trying to tell; nobility of purpose ultimately trumped by commercialization.

Posted by Unknown at 12:59 PM No comments: Links to this post